In this article, we will present how to create a Spring Boot application for uploading files to the Redis database. Redis is an in-memory data structure store, used as a database, cache, and message broker. Usually, this type of database is used for other purposes but, there are no contraindications for keeping files in it also.

In the architecture of the application we could distinguish:

Spring Boot application will use the following technologies:

To upload files to Redis we need:

The Spring Boot application will provide a REST API for:

Files will be uploaded directly to the Redis with informations like:

Next, we need to add Spring and Redis related dependencies to pom.xml file:

The Jedis is a lightweight library used for communication with Redis.

For the latest versions of all dependencies used in our project could be found below:

The FileEntity class is annotated with @RedisHash that marks Objects as aggregate roots to be stored in a Redis database.

The entity object that will be saved in Redis has the following structure:

In the DAO layer, we have an interface FileRepository that extends org.springframework.data.repository.CrudRepository class to activate CRUD operations.

9. Create a service for managing files

The FileService class was introduced to separate logic related to files from the REST controller.

The structure of FileService is simple. For now, it uses for calling methods from FileRepository.

The FilesController will be responsible for handling HTTP requests.

This class has been marked with the following annotations:

Other annotations used in this class like @GetMapping, @PostMapping for mapping HTTP GET, POST requests with specific class methods:

In the application.properties file we created several properties:

We used the following properties:

To connect with Redis we need to define a JedisConnectionFactory and a RedisTemplate beans.

The main Spring Boot application class that starts the server has the following structure:

To run the Spring Boot server use mvn spring-boot:run command or find the generated jar in the /target folder and type java -jar upload-file-to-redis-0.0.1-SNAPSHOT.jar.

We will use Postman to make some API requests. 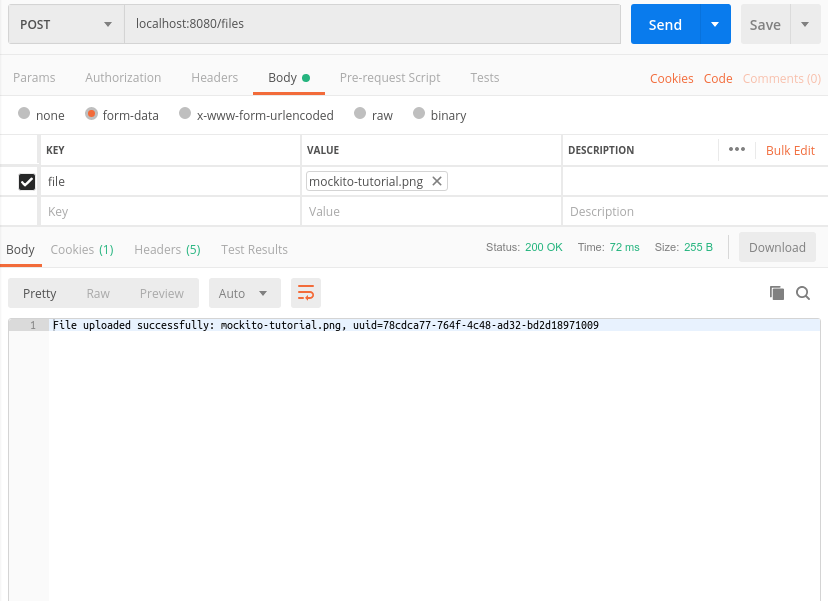 14.2. Next, let's download the uploaded file using a provided URL 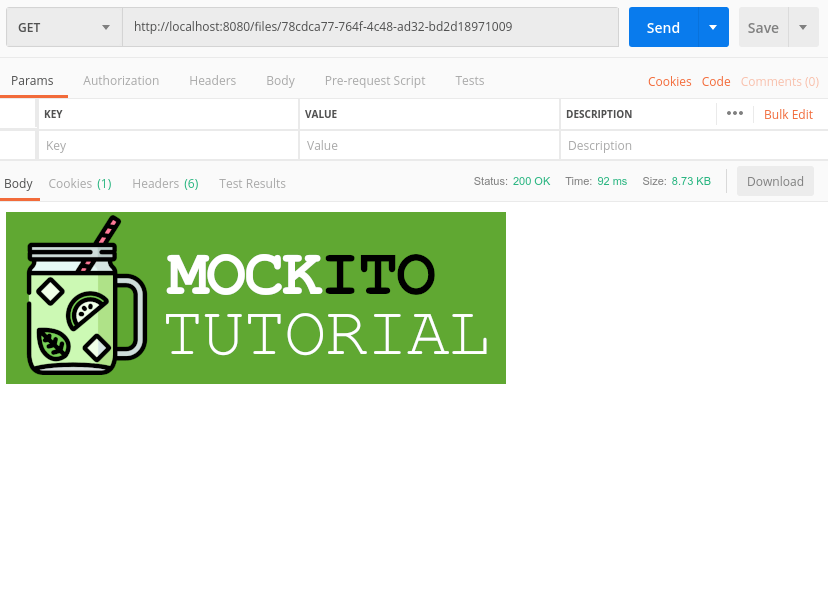 In this tutorial, we presented how to create a Spring Boot application that will upload files to the Redis memory database.

As usual, the code used in this tutorial is available in our GitHub repository.